You are here: Home › Blog › Happily Ever After – Part 3
By Jasmine Pierce on April 11, 2018 in Adoption Information 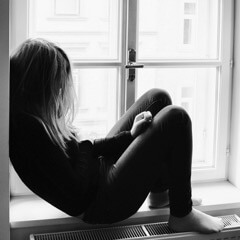 In Part One, I mentioned adoption is full of heartbreak, and last week I talked about a lot of the birth mothers’ pain. However, a birth mother is not the only party in the triad (birth parent, adoptive family, child) who experiences heartbreak.

Often times, an adoptive family has experienced pain and heartbreak of their own before choosing to grow their family through adoption. The first and most obvious form of previous heartbreak is the possibility they may be unable to conceive a child themselves. Perhaps they’ve tried for years and gone to countless kinds of doctors trying to find answers. Maybe one or both adoptive parents had a medical issue or illness that caused their infertility or makes it too risky to have a child naturally. Perhaps they’ve spent thousands of dollars on fertility treatments.

Maybe they never discover why they can’t conceive.

Even when adoptive parents can and do have biological children there is often still loss involved. They may have tried to foster-to-adopt, ending with a different outcome than they were hoping for. They may have experienced a “failed” placement, which could have ranged anywhere from being matched with an expectant mother, to seeing the child she gave birth to and that they were hoping to take home from the hospital, only to have that mother change her mind and decide to parent. They still experienced a loss. They still experienced heartbreak.

Adoptive families often experience heartbreak even when the adoption is successful. The way adoption has changed means there is typically some level of openness involved. In fact, many families meet the birth mother while she is pregnant, develop a relationship with her and are at the hospital when she gives birth.

While adoption agencies nationwide encourage these relationships, it often causes a great deal of mixed, unexpected emotions for adoptive parents because they are so excited to become parents to this child, but they also feel sad, empathetic and heartbroken for this birth mother and the pain she is going through.

While that might sound cliché, it is true. In order to help you see just how emotional the hospital and signing is for birth moms and adoptive families, I’m including a link to a Texas adoption video made by The Archibald Project. It’s about 20 minutes long, but it is definitely worth a watch.