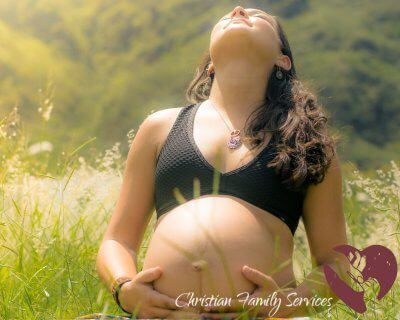 In April ’07, Rita (our daughter Josephine’s birth mom) called to tell us she was pregnant and was wondering if we would consider adopting this child if she decided on placing. She was not sure if she wanted to parent or place. The decision was not as clear cut for her this time.

We found out a few weeks later that the baby was a girl and she was due in early October. After long talks and prayers, we decided to pursue the adoption if that is what Rita decided was best.

Many months went by with no definite decision from Rita. This was again a very difficult decision for her. The baby was born October 6 and Rita still had not made a decision. However, after about two weeks Rita decided to parent.

We supported her in this decision and continued to keep in touch, checking on her and that baby.

We could tell, and Rita admitted, that she was struggling with her decision. She really felt strongly that her girls should be together, and she continued to question whether she was ready to parent.

After counseling and prayers, Rita called us two months later and asked us to parent this precious child, Josephine’s half sister.

We lovingly accepted and moved forward. The girls are so precious together and our family feels complete. We continue to have a wonderfully close relationship with Rita and her family. Rita is in a good place in her life right now where she too is thriving and happy.

View all posts by Jasmine Pierce →
A Mom Who’s Been There: Part 2
Choosing the Adoptive Family