You are here: Home › Blog › A Caseworker to Expectant Women
By Donna Booker on December 29, 2020 in Abortion, Adoption Information, Unplanned Pregnancy

Debbie Callens will officially retire from Christian Family Services on December 31, 2020. For 21 years she has served in the role of Caseworker, ministering to women with an unplanned pregnancy and hopeful adoptive families. Her calm yet frank discussions with expectant mothers assisted them as they chose to continue their pregnancies and either parent or place the child for adoption. She has empathized with and guided couples as they prepared to become adoptive parents. 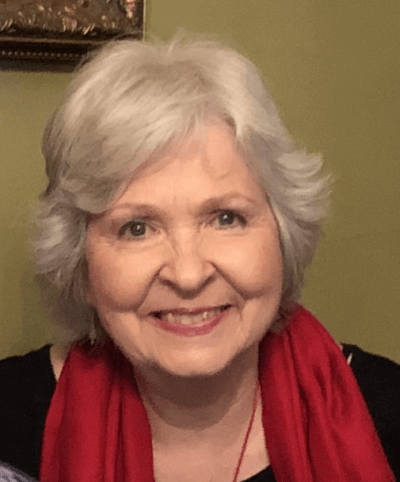 In her role as counselor to Birth Mothers, this writer has witnessed Debbie’s talent to communicate as she demonstrates the love of Christ.

Only a few Decembers ago, CFS received a call from a hospital concerning a woman who delivered a baby. “L” wanted to give up my baby for adoption, and wanted to leave the hospital immediately. On a cold afternoon (for Florida, at least!), this writer and Debbie headed to meet “L.”

On arrival at the hospital, Debbie was made aware that “L” had lost a lot of blood. Hospital staff would prefer that she remain in the hospital, but “L” was adamant she would leave as soon as she spoke with the Florida Adoption Agency. This writer watched as Debbie greeted “L” and spoke with her like she had known her prior to that day! “L” calmly discussed her wishes to give up her baby for adoption.

While Debbie learned more about “L’s” life, and considered all her options for parenting the child, Debbie agreed that placing the child was a good option. Debbie was also aware of “L’s” medical condition, and asked “L” to remain in the hospital to recover. After signing an adoption agreement, “L” chose to recover in the hospital until Debbie returned. This allowed “L” to be in a better physical state to make a life changing decision.

Debbie and this writer returned home, knowing that “L” could change her mind and leave the hospital. As God would have it, “L” remained in the hospital through her recovery period. Debbie returned to “L” with other CFS staff members to complete paperwork. The adoptive family completed their paperwork and returned home with their newborn. They continue to pray for “L” knowing how much she loved her baby to bring her to life.

This is only one example of the many, which could – and should! – be shared, by this writer and other CFS staff about Debbie Callens. May Debbie enjoy her days ahead knowing the difference she has made in the lives of others.